How Long Can A Projector Stay On?

Whether you’re anticipating a gaming marathon or planning to watch all three Lord of the Rings movies back-to-back, you may find yourself wondering— How long can I leave my projector on for?

To avoid overheating, you generally won’t have to worry about turning off your projector.  What matters is that the projector has proper ventilation and remains at a safe temperature. While a correctly designed projector could be left on for particularly lengthy periods, there are several reasons why you shouldn’t do this.

In other words, you’re free to binge-watch your favorite tv shows and movies. You’ll also be able to play games for hours, if not days, as long as the projector remains cool with enough ventilation. If you’re wondering how to correctly run your projector so it doesn’t overheat, take a look at our list below.

Many good modern projectors will come pre-fitted with a small internal fan which helps to keep the projector cool as it plays. Technically speaking, as long as the fan is in working order and there are no blockages in the air vents— you could leave your projector running all year long!

However, before you even think about using your projector for long periods of time, there are a few things you’ll need to do.

It is worth remembering that certain warranties will not cover projectors that have been left on for an extended period of time. Even if your projector does not turn off on its own, pressing the power button is simple.  It also doesn’t take long for it to warm up again when you’re ready to resume viewing your favorite shows or playing games.

Do projectors use a lot of electricity?

Most modern projectors typically consume between 150 and 800 watts of electricity every hour, with 300 being the average. This equates to about $0.03 each hour. Naturally, the more frequently you use the projector, the more electricity it consumes.

It could also have an effect on other costs involved with running the gadget. For example, the more regularly you run it, the more frequently you’ll need to replace and maintain the bulb. Over time, this can become costly.

The amount of electricity consumed by your projector is mostly determined by the model you buy and how energy-efficient it is. In most cases, it should only cost you a few dollars a week to run, and that is assuming moderate to heavy usage. We recommend the XGIMI H2 (on Amazon) as it’s built to be used for long periods of time while still being kind on your energy bills. 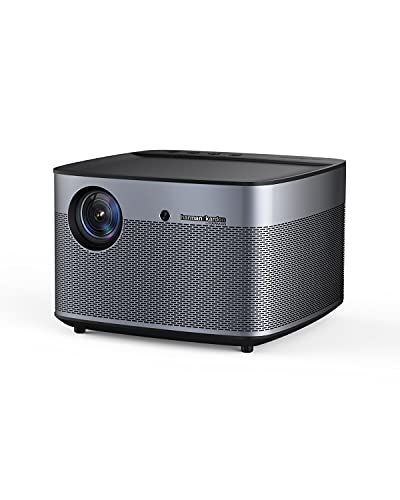 It also comes fitted with an advanced fan cooling system which helps to prevent the risk of overheating when it’s left switched on.

However, it’s important to note that the amount of electricity your home projector uses will depend on what type you choose to buy. Different types of projectors use different amounts of electricity.

LASER technology, which is applied in laser projectors, is completely safe. It is suitable to use for extended periods of time. However, it has enormous power requirements. In most cases, laser projectors consume up to 250W of electricity under normal conditions.

PrevPreviousIs Sitting In A Recliner Bad For You?
NextHow Do I Fix My Projector Lens?Next
Featured Posts
Home

Can You Lower The Draw Weight On A Crossbow?

How Do You Store Trash Cans Outside?

NOTE : CARTBIG.COM  is a participant in the Amazon Services LLC Associates Program, an affiliate advertising program designed to provide a means for sites to earn advertising fees by advertising and linking to products on Amazon.com. Amazon and the Amazon logo are trademarks of Amazon.com, Inc, or its affiliates.